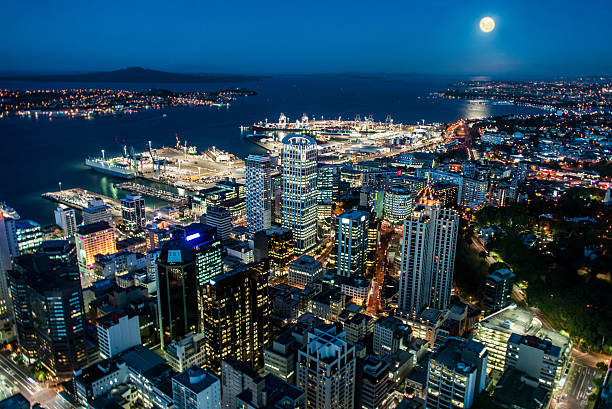 New Zealand’s entertainment industry is experiencing a production boom, and like Australia, it is now under the radar of producers, directors, and actors all over the world. Production companies are eyeing New Zealand as the newest location to film due to its safe environment, scenic views, and receptive government. According to Deadline, the government has been very hands-on and have entertained queries on how companies can execute their projects in the country.

Anticipated projects such as James Cameron’s Avatar and Amazon’s television adaptation of Lord of the Rings were already shooting last year.

Another example is A24 and Apple’s comedy-drama series Mr. Corman, written, directed, and stars Joseph Gordon Levitt. Three episodes of the series were already shot in LA, but they moved production to Wellington, New Zealand. A24 is also set to shoot a feature film in the territory. Deadline adds that the New Zealand government even offered international production companies a baseline cash grant of 20% of Qualifying New Zealand Production Expenditure (QNZPE), based on how the company spent its funds.

Last but definitely not the least, local films have also been enjoying their fair slice of the pie. Local titles such as Savage and comedy This Town raked US$1.1 million and US$574,000 respectively, which is still a feat given New Zealand’s smaller population. Indie filmmakers are also making a name for themselves. Emerging Samoan filmmaker Jade Jackson recently released her latest feature film, Raids last 28 August in Porirua, according to Stuff. Set in 1975, the film centres on government raids of people who have overstayed their visas.

While international and local films are flourishing, making the country as reputable as the US, studio openings, launches, and plans have followed suit, and are expected to cater to small and large productions. Last year, X3 studios opened in Auckland, and the site was built for large “build the world” productions where a movie or show can be shot in a controlled studio environment, according to Variety.

In Wellington, there is another studio in the works, which is estimated to be at US$45 million. RNZ reported that Lane Street Studios will be located at the foot of the Wallaceville Hills in Upper Hutt, and is planned to have two 40-foot high filming hangars and a smaller studio complex complete with a costume wardrobe, art department, and screening room. According to the studio’s website, the production suite, offices, and workshop spaces will be completed next month, 21 October. The sound stages will be completed at the first quarter of 2022.

This year, the New Zealand government and Auckland Council pumped NZ $30 million and NZ $5 million respectively into Auckland Film Studios to create two new sound stages, which will allow extra capacity. As per Stuff, the funding will see 2,000 square-metre sound stages built and the development of workshops and offices on site. With these openings and film shootings, New Zealand’s entertainment industry is now poised to take the global stage.